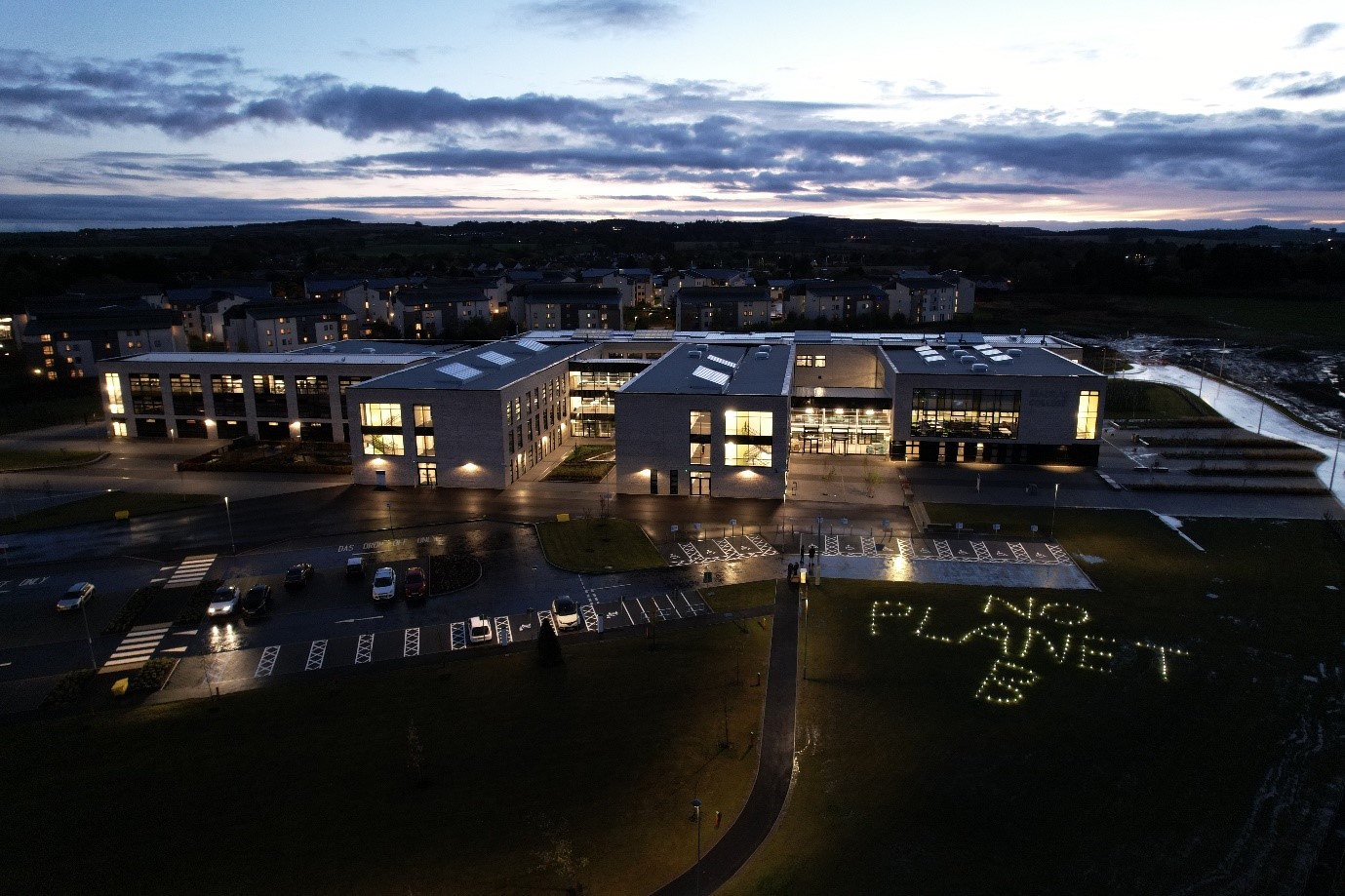 Pupils from Madras College have sent a message to world leaders meeting at Cop26 this week in Glasgow.

The New Madras was lit up with recycled Solar Lights displaying the message “No Planet B”.

Earlier in the week the school was approached by Illac Diaz, Executive Director of Liter of Light. They are a grassroots movement committed to providing affordable, sustainable solar light to people with limited or no access to electricity. Illac explained that in his home country of the Philippines, 40% of family’s income is spent on buying kerosene which they then burn for light. This is an expensive and lengthy process, as people have to travel to refill the tanks when they are out.

They introduced simple solar powered circuits, which are made with resources available in the Philippines. The revolutionary idea took off and to date they have helped 353,600 households in 15 different countries.  It has made communities safer and allowed people to socialise in the evening.

Madras eco committee itself has sprung into action in the new school, working hard to qualify for the eco schools award. They are focusing on three key areas: biodiversity, litter and waste and climate action. The school is currently working towards its Green Flag award.

The pictures below show the pupils working on the electrical circuits and setting out the lanterns.

Two short films showing the lanterns can be found below.

The picture above Zoe Kennovin,  Holly Bartlett,  and  Sophia  Issberner   working on the electrical circuits 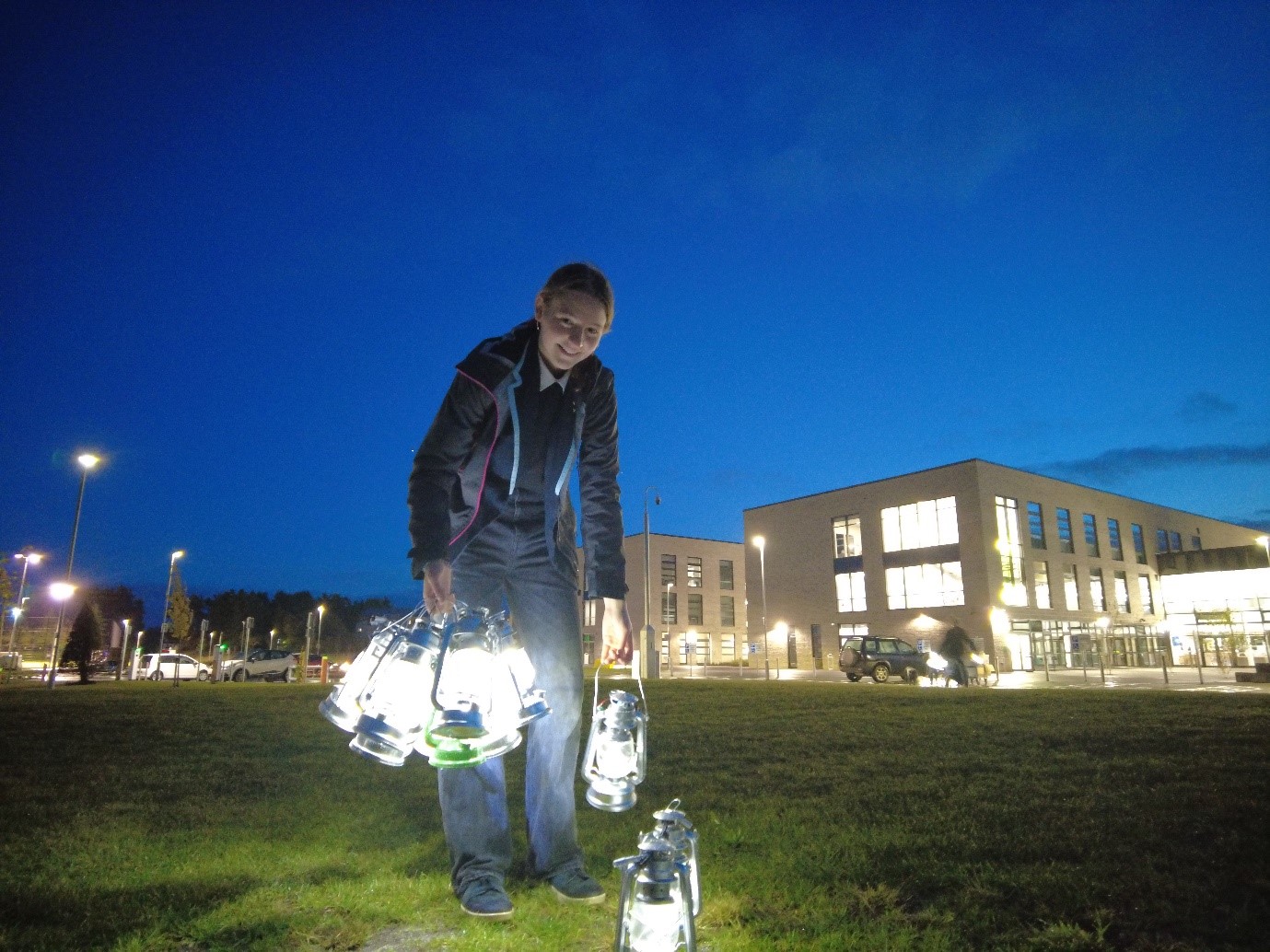 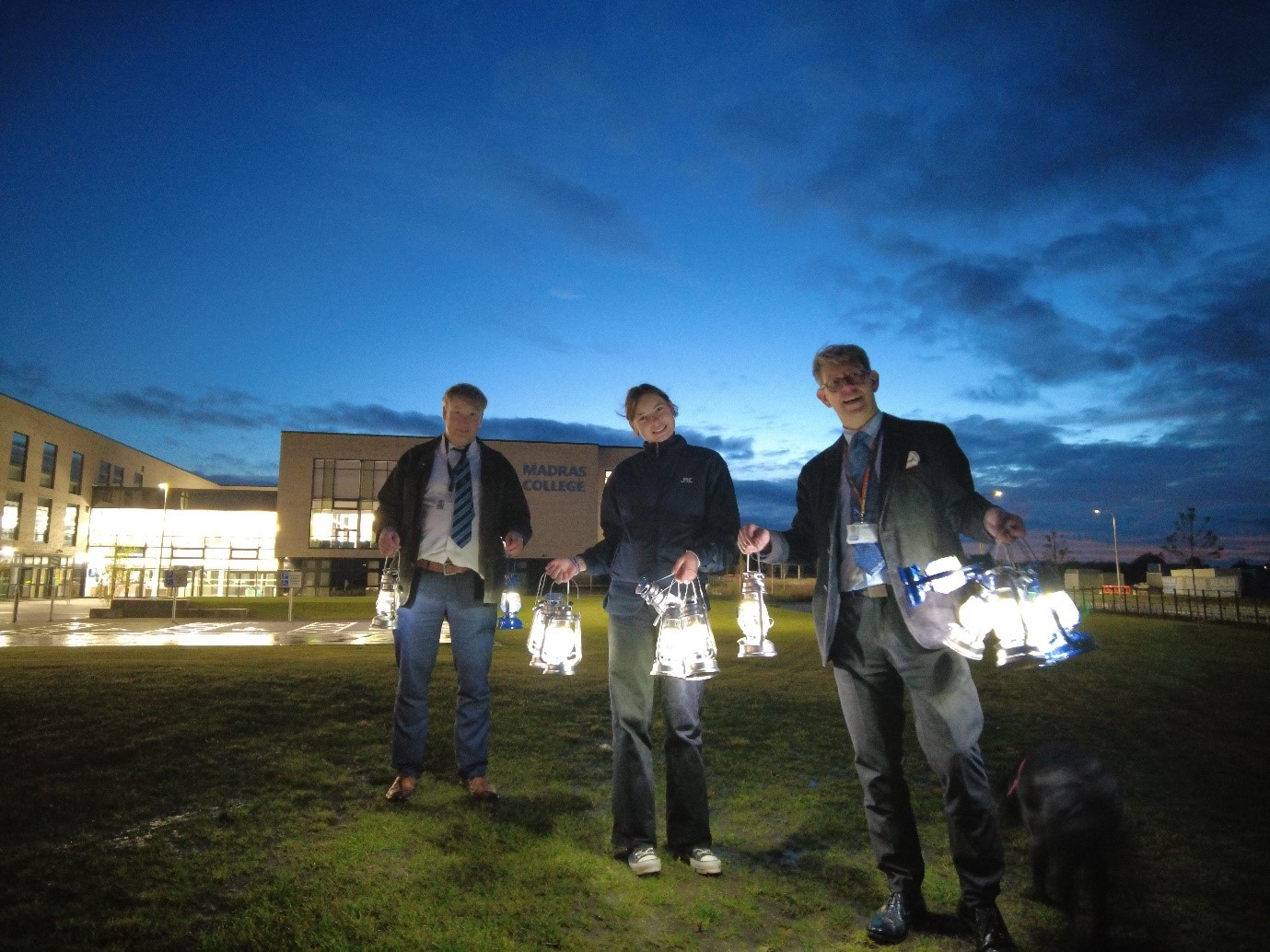